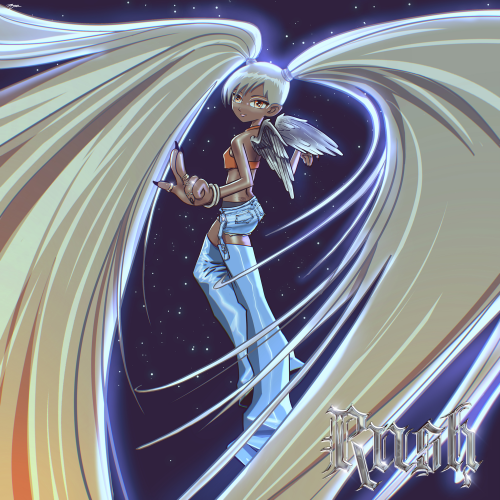 Ayra Starr is Africaâs fastest-rising new music star with over 256 MILLION streams and over 100 million YouTube views! “Rush” is taken from the forthcoming Deluxe Edition of her critically-acclaimed ’19 & Dangerous’ album, out on soon

16 September 2022: Africaâs hottest new music star, Ayra Starr, is back with an irresistible post-summer sizzler: âRushâ. The heavily anticipated new single is taken from the forthcoming Deluxe Edition of her critically-acclaimed album â19 & Dangerousâ which will come out soon.

The rhythmic anthem bristles with the Gen Z trailblazerâs signature confident lyrics that reflect her laser-sharp focus on forging her own path. The 20-year old singer-songwriter is rapidly blazing her own path for global domination.

This year has seen Ayra make her UK live debut at Wireless Festival, supporting Cardi B, and tour the United States supporting Koffee. The rising star has been championed as one of Spotifyâs global RADAR artists, the platformâs emerging artist program.

Ayra also brought her charismatic performance style and unapologetic attitude to a string of collaborations including: âLove Donât Cost A Dimeâ with Magixx, âOptionsâ with L.A.X., âCallâ with Iyanya, âComforterâ with ElGrandeToto, and a remix of âRoadsideâ with Mahalia and Rema.

Since debuting with âAwayâ early last year, Ayra Starr has been hailed by NME as âthe teen leading her generationâs sonic revolutionâ. Her ability to blend soulful vocals and raw lyrics that reflect the strength, resilience and growing pains of her generation has earned Ayra critical nods from Pitchfork, Rolling Stone, NME, The FADER, Dazed, Crack, The Face, British Vogue and more.

Ayraâs debut album â19 & Dangerousâ (listen here) is a coming-of-age record, brimming with spirit that is audacious yet vulnerable. Highlights include the global viral smash âBloody Samaritanâ which has amassed over 60 million TikTok views and recently won the prestigious Viewerâs Choice Award at the 2022 Headies Award. Other album highlights include âBeggie Beggieâ featuring CKay, and floor-fillers âFashion Killerâ and âBridgertnâ.

Every track was written or co-written by Ayra herself in collaboration with her life-long songwriting partner and brother Milar, as well as some of Afrobeatsâ most innovative producers such as the legendary Don Jazzy, London and Louddaaa. Sonically, she seamlessly weaves Afro-pop, R&B, dancehall, trap and altÃ© styles to create the perfect summer soundtrack.

Listen to RUSH below;