The Kenyan police have apprehended the father of a boy who was caught driving a car at high speed while going to school in Machakos County. 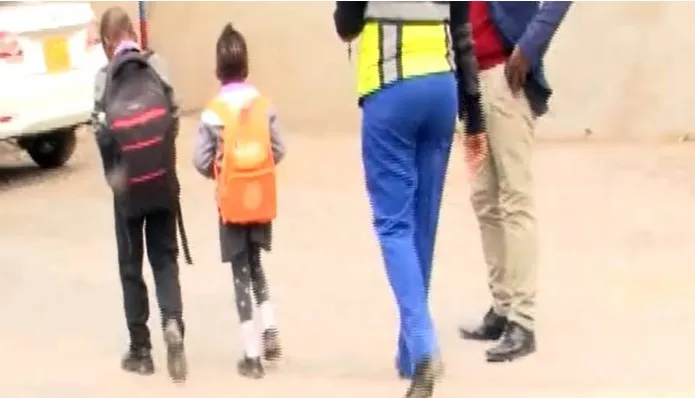 The 40-year-old man was arrested by Athi River police for allowing his 9-year-old child to drive his vehicle, a Toyota Passo.

Upon intercepting the car, police found the boy in school uniform sitting comfortably in the driverâs seat, while his father was in the front passengerâs seat.

It was also learnt that the daring kidâs 7-year-old sister sat in the rear passengersâ seat.

According to Standard Media, police revealed that when the underage kid was ordered to pull over, he âsped towards Athi River Townshipâ.

But the security personnel were, however, able to intercept the vehicle at a diversion leading to the school the kids attend.

Their father was taken to Athi River Police Station while his children were later driven to school by police officers.

According to Njoki, it is illegal for anybody in Kenya to allow unlicensed people drive their vehicle, which could include (private and public cars, buses, trucks) and others.

Section 30 (Sub-Section 2) of the Traffic Act says: âNo person who owns or who has charge of a motor vehicle of any class shall cause or permit any person to drive such motor vehicle unless such person is the holder of a valid driving licence or a valid provisional licence endorsed in respect of that class of motor vehicle.

The police boss the 40-year-old suspect will be arraigned at the Mavoko Law Courts.

âParents should not allow their children to drive vehicles. A driverâs license is only issued to Kenyans aged 18 years and above. If an unlicensed driver is allowed to drive, he or she endangers his or her life and that of other road users,â Njoki said.