Ace comedian, Bright Okpocha better known as Basketmouth, has cried out after making payment for a house but hasnât received it more than a decade later. 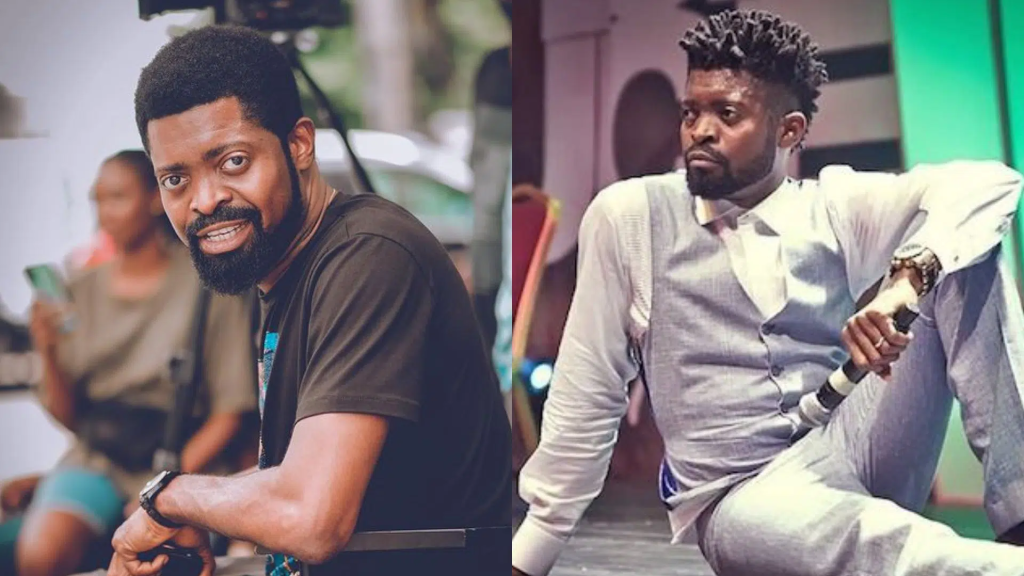 The father of two made this known on his Instagram page today, August 25.

According to him, he made a down payment for a house in Prime Water view estate in 2008, however a problem had arisen between the company and a bank funding the project which deteriorated to a court case.

After the matter was resolved, the unnamed company began giving him different excuses and hasnât still refunded him his money nor given him the house, fourteen years later. 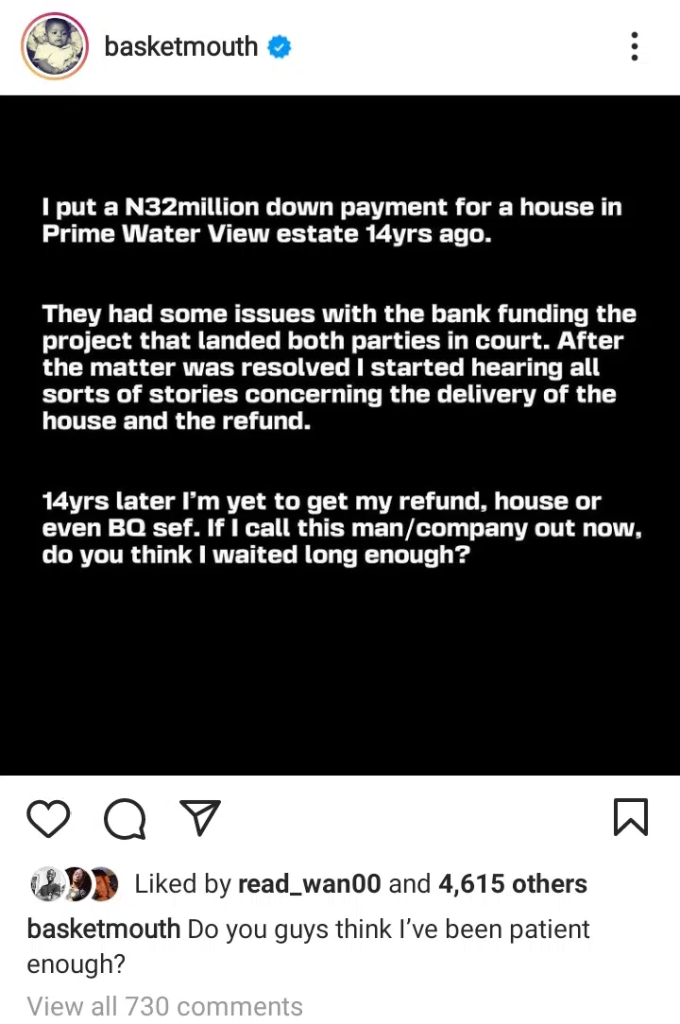 You body-shamed me? - Singer BNXN clashes with Ruger