A woman has taken to social media to reveal that she just parked out from her matrimonial home less than a year after getting married. 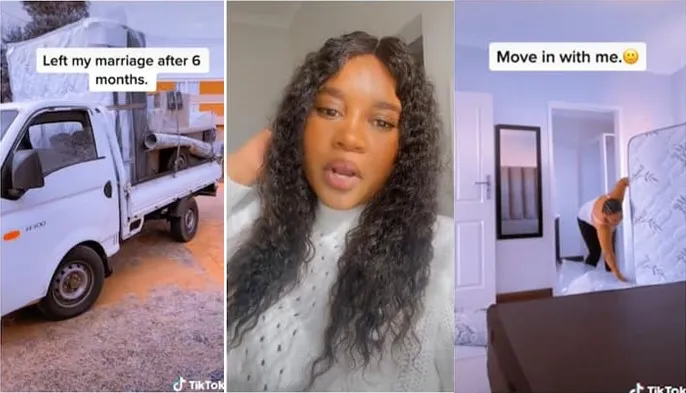 The lady used a moving truck to pack her belongings and move to a new place, noting that she was married for six months.

She shared a video which showed the truck driving out of the premises with furniture and other household items loaded unto the back.

âLeft my marriage after 6 months.â

In another clip, the woman was seen moving into her new home properly and arranging things.

She captioned; âMove in with meâ.

Watch the clip below: