A lady has sparked mixed reactions after she took to the streets of South Africa to advertise her business which renders cleaning services. 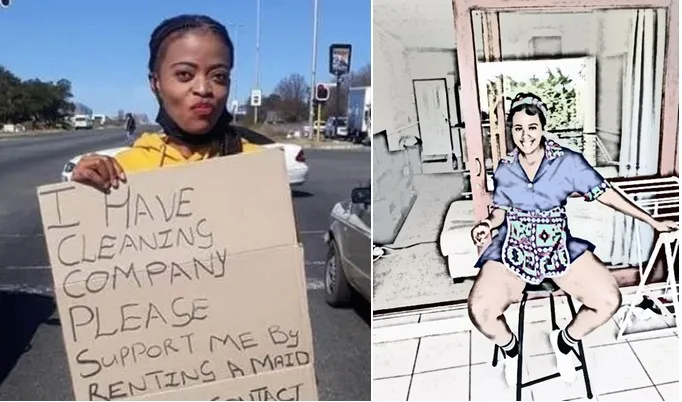 She hit a busy road, carrying a placard and revealed that she owns a cleaning agency and is in need of people to rent the maids under her employ.

The young entrepreneur pleaded for support while standing in traffic and holding up the sign with her contact details boldly written on it.

The write-up on her sign read; âI have cleaning company, please support me by renting a maidâ.

A Twitter user who spotted her decided to post a photo ofthe woman and wrote; Retweet for Awareness.

Social media users were swift to react to the womanâs marketing strategy, and some made some corrections, particularly on her use of rent instead of hire.

Bandits arrest thief, hand him over to police in Katsina