A Nigerian Twitter user has taken to the microblogging platform to share shocking photos of what he found under the tiles of a house in Lagos. @Elkrosmediahub who shared photos of what looks like a charm said it was discovered after he decided to renovate a new space he got.

“Took a space in Lagos recently, didnât like the flooring, so I decided to break the tiles and add flooring amongst the renovation I was doing there. My tiler sent me these images yesterday. Said he found them buried under the tiles

Asked the facility manager and they said it was a woman that left before the last guy that used the space. Advice? If you can, always renovate. Change the floor and the POP. Humans are weird in this part of the country. Itâs fine if you donât believe in juju and stuff tho.” 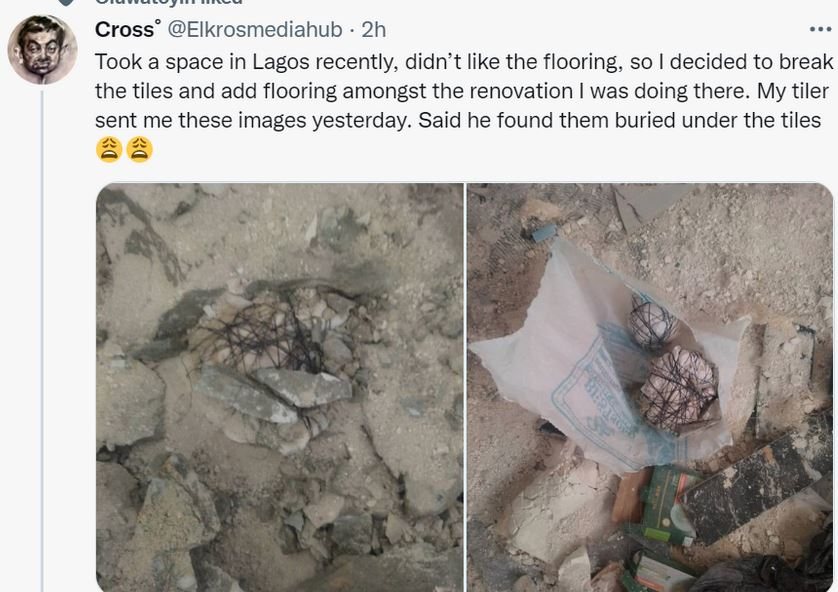