Rotimi Akeredolu has confirmed the arrest of five suspected attackers of St Francis Catholic Church in the Owo area of the state. 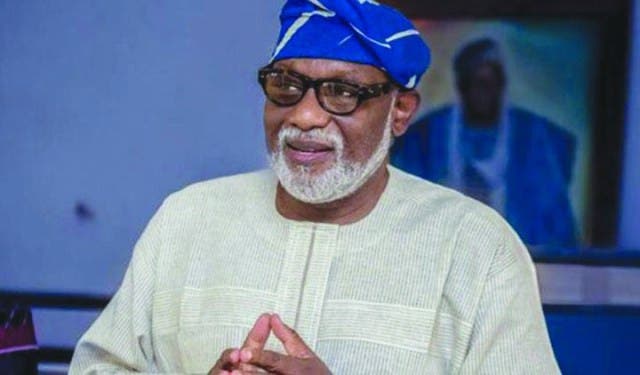 The governorâs confirmation comes after the Chief of Defence Staff (CDS), General Lucky Irabor made the announcement in Abuja.

A statement from Richard Olatunde, the Chief Press Secretary to the Governor, says the governor made the disclosure during a courtesy visit to his office by the leadership of the Nigeria Union of Journalists (NUJ) led by the Chairman of the Council, Prince Leke Adegbite.

âNow that the military has announced it, I can tell you that five of them have been arrested now. They are still on the trail of the rest. The home where they lodged in Owo and the person that accommodated them before the attack, has also been arrested,â he was quoted as saying.

We did not spare a moment. I am happy that the Chief of Defence Staff has announced it. We have known for a while but we needed not to come out with it because more works are still ongoing. I can confirm that this arrest has been made. And they are still on the trail of some of them.â the statement in part read