A video making the rounds online shows the moment a man was accosting a lady in public over money. 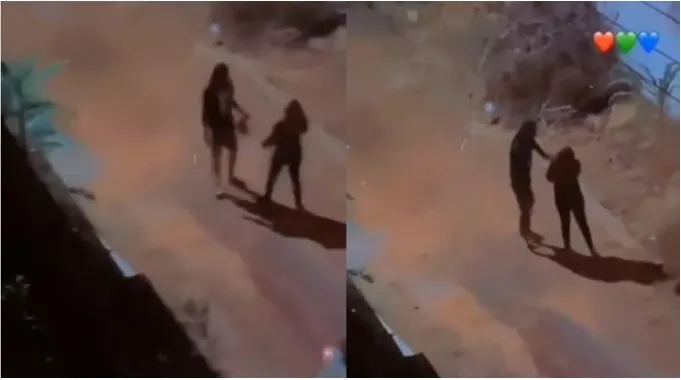 They were both on an isolated street and being recorded by residents who were watching the incident from their apartment.

The man could be heard asking the lady to pay him, but it is not clear if they had a transaction or whether he was just a cab man who picked her up.

It was gathered that the incident happened in Ghana.

She wanted to walk away but he prevented her from doing so and insisted that he must collect his money.

After a few moments, he allowed her to go into her house which was just behind them and she called some from inside to come out and intervene.

Ooni of Ife set to take another wife, hours after marriage to Mariam Anako