Former Manchester United forward Cristiano Ronaldo was banned for two matches and fined 50,000 pounds ($60,000) for hitting a phone out of a fanâs hand at Everton after a Premier League game last season. 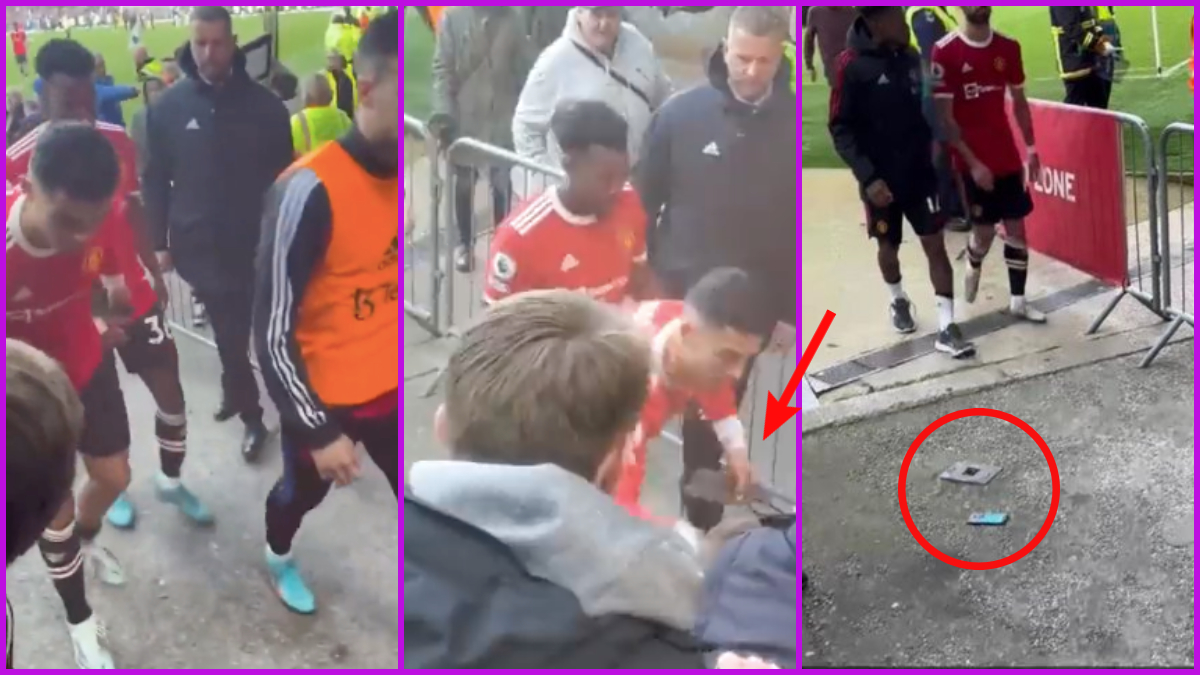 The ban will be transferred when Ronaldo joins a new club in any country. It does not apply to the World Cup.

The 37-year-old Portugal star, who is now a free agent following his release from Man United on Tuesday, had the altercation after a 1-0 defeat at Goodison Park on April 9, for which Ronaldo received a police caution from Merseyside Police.

Englandâs Football Association charged him with improper conduct and an independent panel has handed down a suspension and fine.

âAn independent regulatory commission found that his conduct was both improper and violent during a subsequent hearing, and imposed these sanctions,â the FA said in a statement on Wednesday.

Ronaldo had accepted the FA charge but requested a personal hearing â held online on Nov. 8 â in a bid to try to avoid a suspension. Ronaldo said he had âlegitimate concern… for his own physical safety and well-being.â

But the independent panel said it was an âact born of frustration and annoyance rather than fear or concern for his wellbeing.â

There's one Vice-Presidential candidate that scares me - Toolz