A dramatic scene unfolded at a white wedding after the groomâs mistress showed up and interrupted the ceremony. 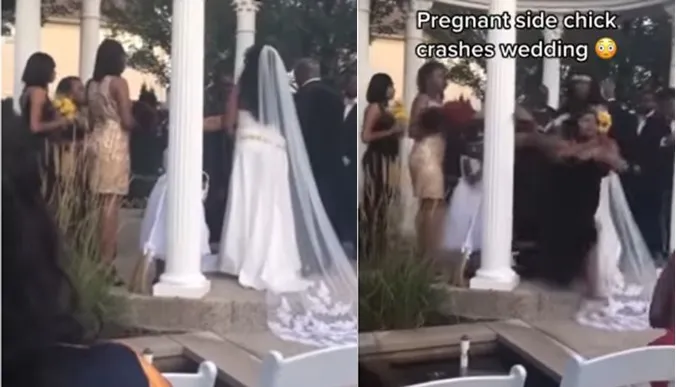 The man known as Anthony was exchanging vows with his bride when the side chic started causing a scene by calling him out.

She asked him why he was ignoring her and acting like he did not know her despite carrying his baby.

The bride and groom however continued with the wedding and pretended like they were not hearing what the lady was saying.

But as she kept talking, the brideâs daughter who was one of her bridesmaids could no longer keep quiet and she lashed out.

She told the side chic to leave her mother;s wedding and she charged at her with the intention of attacking.

But the woman getting married and some other ladies could be seen holding her back to prevent her from attacking the pregnant mistress.

Watch the video below: