Nigerian music act, Daniel Benson, popularly known as BNXN, has said the Swedish lady he was leaked a bedroom tape of them together is in jail. 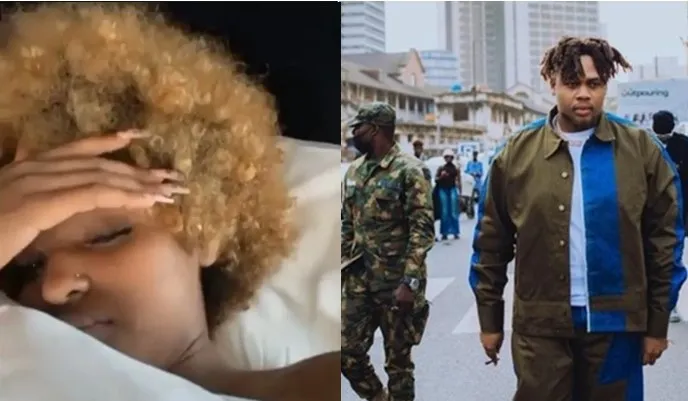 According to BNXN, he got her locked up because she was trying to blackmail him with the pregnancy story which he claims was fabricated.

He made the revelation during an interview on HOT FM, where he said that it was a criminal act.

The singer said she used the video and her alleged pregnancy to try to extort money from him but he did not fall for her scheme.

The âLenuâ crooner also talked about his beef with colleague, Ruger, which he says is being caused by fans.

Watch him speak below:

I was mistaken for a white man at international airport - Bovi reveals, shares video