A vehicle belong to the Vehicle Inspection Officers (VIOs), collided with a car in the officersâ attempt to arrest a driver at the Federal Housing Authority (FHA) junction, Lugbe, Airport Road, Abuja. 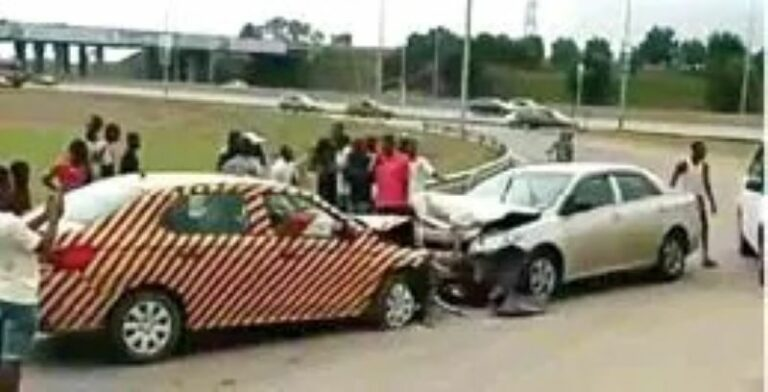 According to Daily Trust, a witness identified as Samuel Enoch, said the incident happened around 11am on Tuesday, when the VIOs tried to arrest a driver and in the process collided with another car, a Toyota Camry.

It was gathered that the driver of the Camry whose car was damaged alighted and insisted that the VIOs must fix his car.

When contacted, the spokesman of the FCT VIOs, Kalu Chukwu, said he was in a meeting and asked requested for an SMS to be sent, Daily Trust reports.

Singer Chike reveals why he has not been releasing songs